Dear President of the Eurogroup,

In the Eurogroup of 20 February 2015 the Greek government was invited to present to the institutions, by Monday 23rd February 2015, a first comprehensive list of reform measures it is envisaging, to be further specified and agreed by the end of April 2015.

In addition to codifying its reform agenda, in accordance with PM Tsipras’ programmatic statement to Greece’s Parliament, the Greek government also committed to working in close agreement with European partners and institutions, as well as with the International Monetary Fund, and take actions that strengthen fiscal sustainability, guarantee financial stability and promote economic recovery.

The first comprehensive list of reform measures follows below, as envisaged by the Greek government. It is our intention to implement them while drawing upon available technical assistance and financing from the European Structural and Investment Funds.

• Reform VAT policy, administration and enforcement. Robust efforts will be made to improve collection and fight evasion making full use of electronic means and other technological innovations. VAT policy will be rationalized in relation to rates that will be streamlined in a manner that maximizes actual revenues without a negative impact on social justice, and with a view to limiting exemptions while eliminating unreasonable discounts.

• Modify the taxation of collective investment and income tax expenditures which will be integrated in the income tax code.

• Modernizing the income tax code and eliminating from it tax code exemptions and replacing them, when necessary, with social justice enhancing measures.

• Work toward creating a new culture of tax compliance to ensure that all sections of society, and especially the well-off, contribute fairly to the financing of public policies. In this context, establish with the assistance of European and international partners, a wealth database that assists the tax authorities in gauging the veracity of previous income tax returns.

• Adopt amendments to the Organic Budget Law and take steps to improve public finance management. Budget implementation will be improved and clarified as will control and reporting responsibilities. Payment procedures will be modernized and accelerated while providing a higher degree of financial and budgetary flexibility and accountability for independent and/or regulatory entities.

• Devise and implement a strategy on the clearance of arrears, tax refunds and pension claims.

• Strengthen the independence of the General Secretariat of Public Revenues (GSPR), if necessary through further legislation, from all sorts of interference (political or otherwise) while guaranteeing full accountability and transparency of its operations. To this end, the government and the GSPR will make full use of available technical assistance.

• Staff adequately, both quantitatively and qualitatively, the GSPR and in particular the high wealth and large debtors units of the revenue administration and ensure that it has strong investigative/prosecution powers, and resources building on SDOE’s capacities, so as to target effectively tax fraud by, and tax arrears of, high income social groups. Consider the merits of integrating SDOE into GSPR.

• Augment inspections, risk-based audits, and collection capacities while seeking to integrate the functions of revenue and social security collection across the general government.

Public spending – The Greek authorities will:

• Identify cost saving measures through a thorough spending review of every Ministry and rationalization of non-salary and non-pension expenditures which, at present, account for an astounding 56% of total public expenditure.

• Control health expenditure and improve the provision and quality of medical services, while granting universal access. In this context, the government intends to table specific proposals in collaboration with European and international institutions, including the OECD.

Social security reform – Greece is committed to continue modernizing the pension system. The authorities will:

• Continue to work on administrative measures to unify and streamline pension policies and eliminate loopholes and incentives that give rise to an excessive rate of early retirements throughout the economy and, more specifically, in the banking and public sectors.

• Phase out charges on behalf of ‘third parties’ (nuisance charges) in a fiscally neutral manner.

• Establish a closer link between pension contributions and income, streamline benefits, strengthen incentives to declare paid work, and provide targeted assistance to employees between 50 and 65, including through a Guaranteed Basic Income scheme, so as to eliminate the social and political pressure for early retirement which over-burdens the pension funds.

• Turn the fight against corruption into a national priority and operationalize fully the National Plan Against Corruption.

• Target fuel and tobacco products’ smuggling, monitor prices of imported goods (to prevent revenue losses during the importation process), and tackle money laundering. The government intends immediately to set itself ambitious revenue targets, in these areas, to be pursued under the coordination of the newly established position of Minister of State.

• Reduce (a) the number of Ministries (from 16 to 10), (b) the number of ‘special advisors’ in general government; and (c) fringe benefits of ministers, Members of Parliament and top officials (e.g. cars, travel expenses, allowances)

• Tighten the legislation concerning the funding of political parties and include maximum levels of borrowing from financial and other institutions.

• Activate immediately the current (though dormant) legislation that regulates the revenues of media (press and electronic), ensuring (through appropriately designed auctions) that they pay the state market prices for frequencies used, and prohibits the continued operation of permanently loss-making media outlets (without a transparent process of recapitalization)

• Rationalize non-wage benefits, to reduce overall expenditure, without imperilling the functioning of the public sector and in accordance with EU good practices

• Promote measures to: improve recruitment mechanisms, encourage merit-based managerial appointments, base staff appraisals on genuine evaluation, and establish fair processes for maximizing mobility of human and other resources within the public sector

• Improve swiftly, in agreement with the institutions, the legislation for repayments of tax and social security arrears

• Calibrate installment schemes in a manner that helps discriminate efficiently between: (a) strategic default/non-payment and (b) inability to pay; targeting case (a) individuals/firms by means of civil and criminal procedures (especially amongst high income groups) while offering case (b) individuals/firms repayment terms in a manner that enables potentially solvent enterprises to survive, averts free-riding, annuls moral hazard, and reinforces social responsibility as well as a proper re-payment culture.

• Step up enforcement methods and procedures, including the legal framework for collecting unpaid taxes and effectively implement collection tools

Banking and Non-Performing loans. Greece is committed to:

• Banks that are run on sound commercial/banking principles

• Utilize fully the Hellenic Financial Stability Fund and ensure, in collaboration with the SSM, the ECB and the European Commission, that it plays well its key role of securing the banking sector’s stability and its lending on commercial basis while complying with EU competition rules.

• Dealing with non-performing loans in a manner that considers fully the banks’ capitalization (taking into account the adopted Code of Conduct for Banks), the functioning of the judiciary system, the state of the real estate market, social justice issues, and any adverse impact on the government’s fiscal position.

• Collaborating with the banks’ management and the institutions to avoid, in the forthcoming period, auctions of the main residence of households below a certain income threshold, while punishing strategic defaulters, with a view to: (a) maintaining society’s support for the government’s broad reform program, (b) preventing a further fall in real estate asset prices (that would have an adverse effect on the banks’ own portfolio), (c) minimizing the fiscal impact of greater homelessness, and (d) promoting a strong payment culture. Measures will be taken to support the most vulnerable households who are unable to service their loans

• Align the out-of-court workout law with the installment schemes after their amendment, to limit risks to public finances and the payment culture, while facilitating private debt restructuring.

• Modernize bankruptcy law and address the backlog of cases

Privatization and public asset management – To attract investment in key sectors and utilize the state’s assets efficiently, the Greek authorities will:

• Commit not to roll back privatizations that have been completed. Where the tender process has been launched the government will respect the process, according to the law.

• Safeguard the provision of basic public goods and services by privatized firms/industries in line with national policy goals and in compliance with EU legislation.

• Review privatizations that have not yet been launched, with a view to improving the terms so as to maximize the state’s long term benefits, generate revenues, enhance competition in the local economies, promote national economic recovery, and stimulate long term growth prospects.

• Adopt, henceforth, an approach whereby each new case will be examined separately and on its merits, with an emphasis on long leases, joint ventures (private-public collaboration) and contracts that maximize not only government revenues but also prospective levels of private investment.

• Unify (HRDAF) with various public asset management agencies (which are currently scattered across the public sector) with a view to developing state assets and enhancing their value through microeconomic and property rights’ reforms.

• Achieve EU best practice across the range of labor market legislation through a process of consultation with the social partners while benefiting from the expertise and existing input of the ILO, the OECD and the available technical assistance.

• Expand and develop the existing scheme that provides temporary employment for the unemployed, in agreement with partners and when fiscal space permits and improve the active labor market policy programs with the aim to updating the skills of the long term unemployed.

• Phasing in a new ‘smart’ approach to collective wage bargaining that balances the needs for flexibility with fairness. This includes the ambition to streamline and over time raise minimum wages in a manner that safeguards competiveness and employment prospects. The scope and timing of changes to the minimum wage will be made in consultation with social partners and the European and international institutions, including the ILO, and take full account of advice from a new independent body on whether changes in wages are in line with productivity developments and competitiveness.

Product market reforms and a better business environment – As part of a new reform agenda, Greece remains committed to:

• Removing barriers to competition based on input from the OECD.

• Introduce actions to reduce the burdens of administrative burden of bureaucracy in line with the OECD’s input, including legislation that bans public sector units from requesting (from citizens and business) documents certifying information that the state already possesses (within the same or some other unit).

• Better land use management, including policies related to spatial planning, land use, and the finalization of a proper Land Registry

• Pursue efforts to lift disproportionate and unjustified restrictions in regulated professions as part of the overall strategy to tackle vested interests.

Reform of the judicial system – The Greek government will:

• Improve the organization of courts through greater specialization and, in this context, adopt a new Code of Civil Procedure.

• Promote the digitization of legal codes and the electronic submission system, and governance, of the judicial system.

Statistics – The Greek government reaffirms its readiness to:

• Honor fully the Commitment on Confidence in Statistics, and in particular the institutional independence of ELSTAT, ensuring that ELSTAT has the necessary resources to implement its work program.

• Guarantee the transparency and propriety of the process of appointment of the ELSTAT President in September 2015, in cooperation with EUROSTAT.

IV. Humanitarian Crisis – The Greek government affirms its plan to:

• Do so in a manner that is helpful to the reforming of public administration and the fight against bureaucracy/corruption (e.g. the issuance of a Citizen Smart Card that can be used as an ID card, in the Health System, as well as for gaining access to the food stamp program etc.).

• Evaluate the pilot Minimum Guaranteed Income scheme with a view to extending it nationwide.

• Ensure that its fight against the humanitarian crisis has no negative fiscal effect. 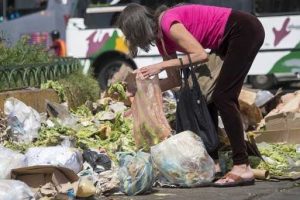 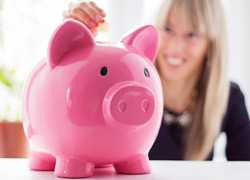