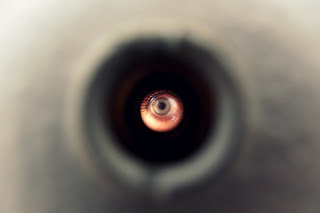 The terrorists apparently would win if Google told you the exact number of times the US Federal Bureau of Investigation invoked a secret process to extract data about the media giant’s customers. That’s why it is unlawful for any record-keeper to disclose it has received a so-called National Security Letter. But under a deal brokered with the President Barack Obama administration, Google on 5 March published a “range” of times it received National Security Letters demanding it divulge account information to the authorities without warrants.
It was the first time a company has ever released data chronicling the volume of National Security Letter requests.
National Security Letters allow the US government to get detailed information on Americans’ finances and communications without oversight from a judge. The FBI has issued hundreds of thousands of NSLs and has even been reprimanded for abusing them. The NSLs are written demands from the FBI that compel internet service providers, credit companies, financial institutions and businesses like Google to hand over confidential records about their customers, such as subscriber information, phone numbers and email addresses, websites visited and more as long as the FBI says the information is “relevant” to an investigation.
In each year from 2009 to 2012, Google said it received “0-999″ National Security Letters.
But in its talks with the authorities over releasing figures, Google said national security was on the mind of the Obama administration.
“You’ll notice that we’re reporting numerical ranges rather than exact numbers. This is to address concerns raised by the FBI, Justice Department and other agencies that releasing exact numbers might reveal information about investigations. We plan to update these figures annually,” Richard Salgado, a Google legal director, wrote in a blog post.
Salgado was not available for comment.
What makes the US government’s position questionable is that it is required by Congress to disclose the number of times the bureau issues National Security Letters. In 2011, the year with the latest available figures, the FBI issued 16,511 National Security Letters pertaining to 7,201 different persons. (.pdf)
Google said the number of accounts connected to National Security letters ranged between “1000-1999″ for each of the reported years other than 2010. In that year, the range was “2000-2999.”
Google noted that the FBI may “obtain ‘the name, address, length of service, and local and long distance toll billing records’ of a subscriber to a wire or electronic communications service. The FBI can’t use NSLs to obtain anything else from Google, such as Gmail content, search queries, YouTube videos or user IP addresses.”
Google often must disclose that data via other means, as described here.
Under the Patriot Act, Google or others who receive a NSL must disclose the sought-after information if the authorities say the request is “relevant to an authorised investigation to protect against international terrorism or clandestine intelligence activities.”
National Security Letters are a powerful tool because they do not require court approval, and they come with a built-in gag order, preventing recipients from disclosing to anyone that they have even received an NSL. An FBI agent looking into a possible anti-terrorism case can self-issue an NSL to a credit bureau, ISP or phone company with only the sign-off of the special agent in charge of their office.
What’s more, the lack of court oversight raises the possibility for extensive abuse.
In 2007 a Justice Department Inspector General audit found that the FBI had indeed abused its authority and misused NSLs on many occasions. After 9/11, for example, the FBI paid multimillion-dollar contracts to AT&T and Verizon requiring the companies to station employees inside the FBI and to give these employees access to the telecom databases so they could immediately service FBI requests for telephone records. The IG found that the employees let FBI agents illegally look at customer records without paperwork and even wrote NSLs for the FBI.
That said, we should applaud Google for trying to be transparent on the issue, regardless of the Obama administration’s preposterous national-security concerns.
This story originally appeared on Wired.com
… αν σας άρεσε το άρθρο μοιραστείτε το με τους φίλους σας απλά πατώντας Like …